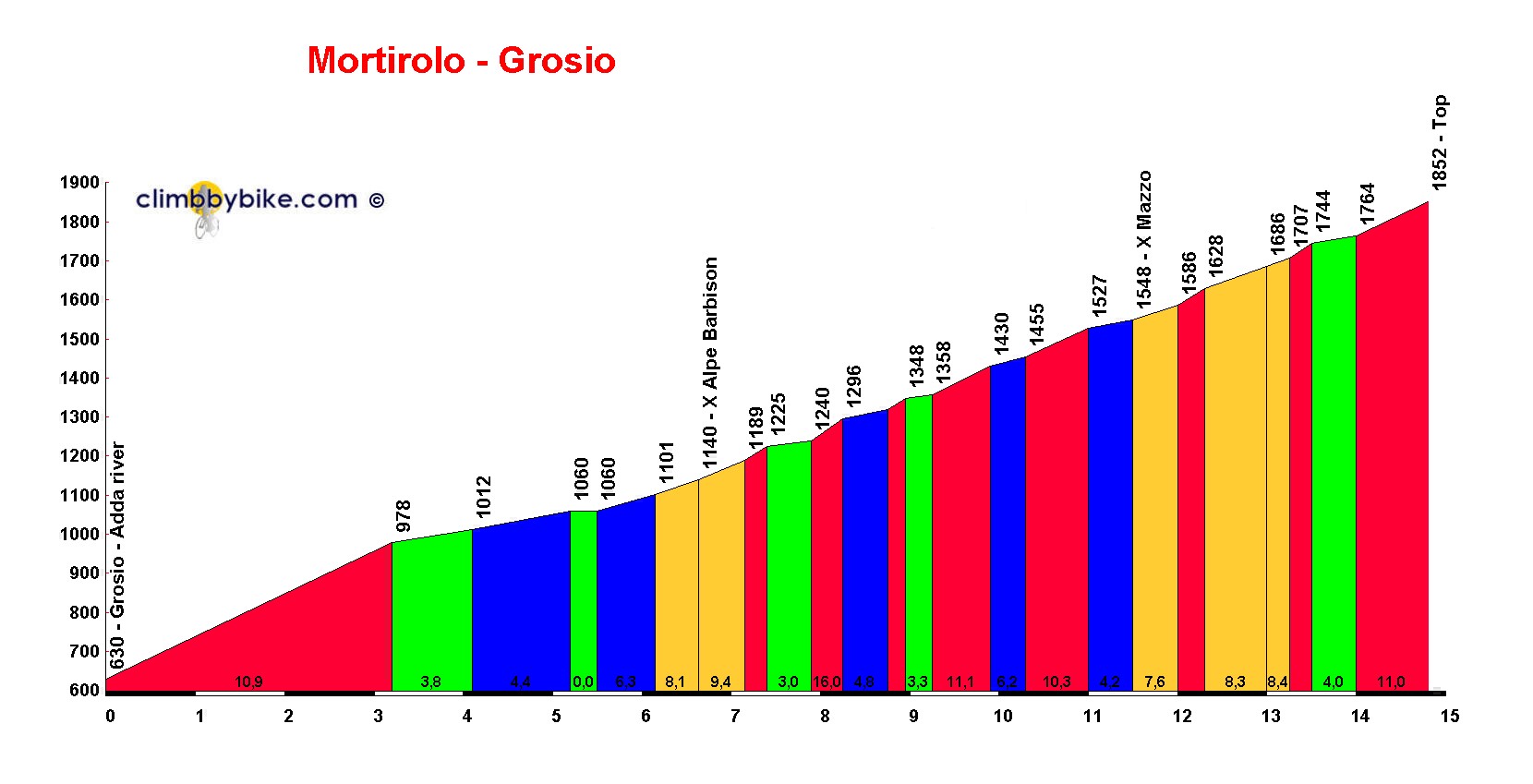 We're heading south for Tirano. After 22 kilometers you reach the start of the climb near Grosio. The climb via Mazzo is definitely the most difficult. You start there about 80 meters lower than via Sondrio and you get 2 kilometers less to reach the top.

But make no mistake. The first three kilometers via Sondrio are 11% on average and on this side it's also steep uphill at times. The varied profile of the climb makes it extra difficult for many. The advantage is that you get moments of recovery. After 11.5 kilometers this climb comes together with the road from Mazzo and there are still three kilometers left to the unattractive summit.

Images of the Mortirolo 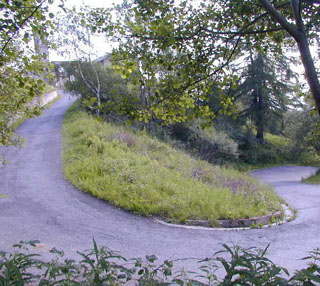 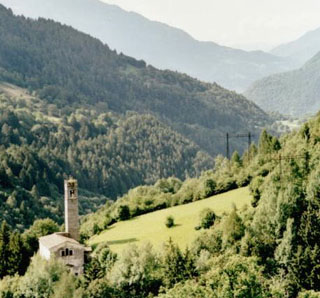 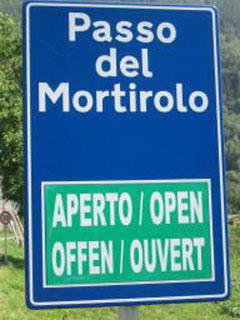 Do you have pictures of the Mortirolo ? Send them here!

Did you already climb the Mortirolo ?

Do you want to climb the Mortirolo ?

Prepare yourself to climb the Mortirolo successfully.