The Koppenberg or Steengat is one of the mouments of the Tour of Flanders. It was first included in the Tour in 1976 but since then, in 2010, it has only been climbed about 15 times. From start to finish, the climb consists of bad cobblestones which have been rebuilt. Nevertheless, with a maximum gradient of 22%, the Koppenberg remains one of the toughest climbs of the Tour, if not the toughest. You can visit the Koppenberg from Oudenaarde or Kluisbergen, for example in combination with the Paterberg and the Oude Kwaremont which are both close by.

Images of the Koppenberg 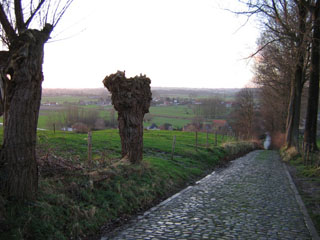 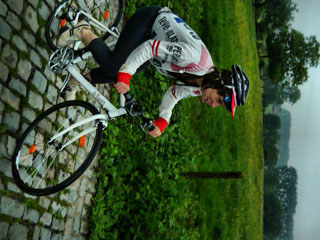 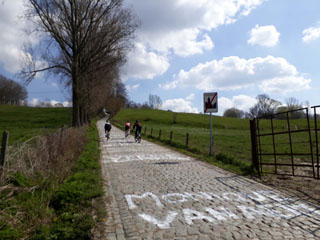 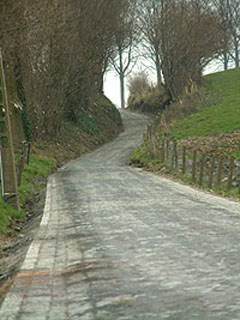 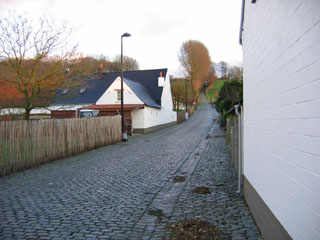 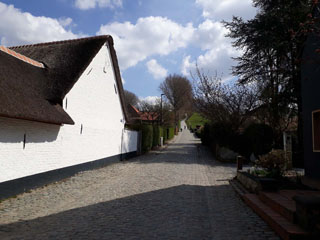 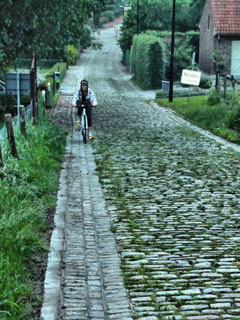 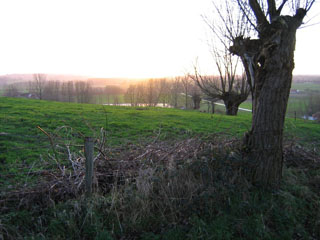 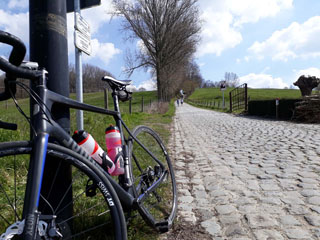 I climbed the Koppenberg twice in the dry on a barge bike. Although a heavy town bike with saddle bags slapping it thankfully had low gearing and fat tyres, so I could do it but only at 5kms/hr. The ride down across farm land was nice as was the reverse climb on smooth bitumen on the way back for my second go at the cobbles. My time was 4.45 mins, what is a quick time?

Did it this year (together with the rest of the Ronde Van Vlanderen hills) when dry. When dry you can stand on the pedals and just power your way up. Cobblestones make every hill much harder as the friction reduces your speed. As you can see from the pictures, there is a gutter on the side which makes the climb a bit easier as it''s smoother. In the Tour of Flanders, cyclists try to use the side when possible as well. As with most Ronde climbs, there is a turn before the hill starts which means that you have to reduce your speed before the start. However, here you have about 200 m before the hill really kicks up.

Have ridden Koppenberg 5 times and luckily all were dry. 1st time was equally worried about the cobble stones and the slope. Was elated to make it and looped around for a second run which was quite a bit easier knowing the cobbles could be managed on a dry day. If you enjoy cycling and are in decent shape I highly recommend it.

I tried it twice of different days. The first day the cobbles were slick from rain and I fell into the embankment. The next try, with dryer cobbles, I made it. Also changed to Vittoria Roubaix tires which helped.

Do you have pictures of the Koppenberg? Send them here!