Located on the Route des Grandes Alpes, the Cormet de Roselend connects Beaufortain with the Haute-Tarentaise. Thanks to its lake, the col is very nice to drive on its western side.

Via Beaufort, from the Col des Saisies, the Cormet de Roselend allows you to switch to the valley of the Haute-Tarentaise down to Bourg-Saint-Maurice (Savoie). The col is located on the Route des Grandes Alpes which connects Lake Geneva with the Mediterranean Sea. The Cormet de Roselend is therefore a fairly busy passage in summer and this is probably its only downside, as it is also a beautiful col, especially thanks to the Lac de Roseland and its dam, located at an altitude of more than 1600 m. This pristine lake is located on the west side. This side is the most beautiful but also the most challenging to climb.

Via Beaufortain, the col in Beaufort (745 m) starts a 12 km long climb of more than 7% to the Col de Méraillet (1605 m). This section runs between the trees and has the advantage that it runs well and is shaded, but does not offer nice views. The summit is very popular with motorists as it is a passage des Grandes Alpes.

After this pass you get some respite with two flat kilometers along the lake. The last six kilometers of the climb you end up in a wild setting, while it rises between 5.5 and 8%. After two large and wide hairpin bends at the shelter of Plan de la Lai you reach the top of the col at the foot of the rocks. Much more than a shelter is not to be seen. A harder variant goes via the Col du Pré instead of via Méraillet.

Images of the Cormet de Roselend 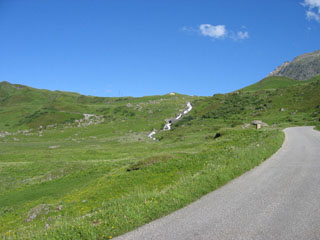 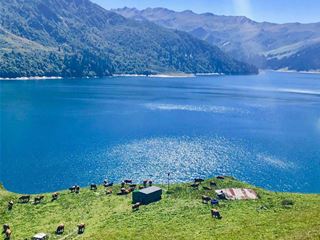 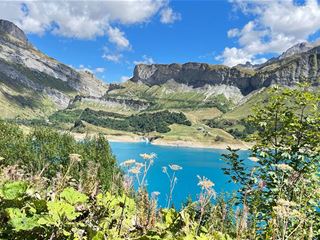 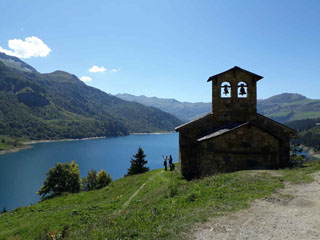 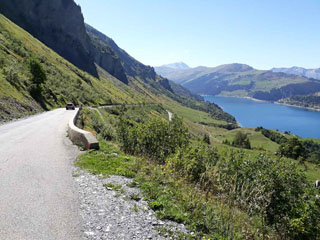 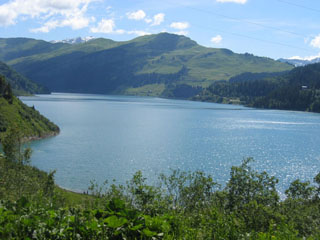 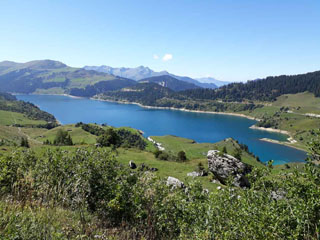 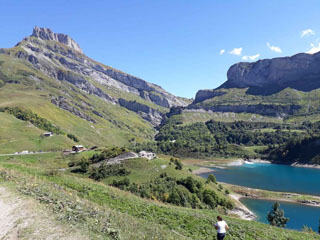 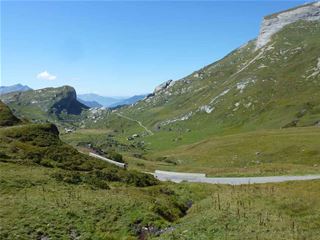 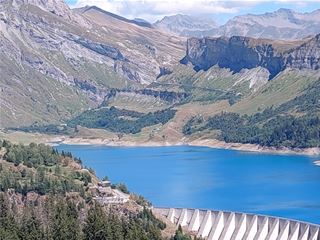 I climbed this col in early august this year. The col starts at Beaufort though back from Albertville the road is always going uphill. The climb is beautiful. Forest during the first 13 km, an amazing reservoir with 2 km of flat road and then a beautiful climb for the rest 7 km. It is not as tough as other climbs in the Rhobe Alps but it is worth climbing it.

Do you have pictures of the Cormet de Roselend ? Send them here!

Weather on top of the Cormet de Roselend