The Col de l'Aspin connects the valley of the Neste d'Aure with that of the Adour. In this way you reach the Route des Cols and Bagnères-de-Bigorre. It is also the most convenient route to reach the foot of the Tourmalet in Sainte-Marie-de-Campan from the east. For this reason, the Col de l'Aspin is often visited in the Tour de Fance.

The Col de l'Aspin is actually a runner and a lot easier than its reputation suggests. From Arreau, where the Neste du Louron joins the la Neste d'Aure, turn left into the D918 after about 200 metres. After two easy kilometres the climb becomes a bit harder, but this is only temporary, because up to Aspin-Aure the gradients remain very humane.

Keep in mind that five large hairpin bends allow the wind conditions to turn completely during the col. One time you have the wind in your back, the other time right at the head.

After the wide bend near Aspin-Aure, where, if you cycle with slower companions, you get a good overview of the situation behind you, it gets steeper. However, you continue to climb with a view of the beautiful surroundings and that is what makes the col so attractive.

Faster than expected you reach the top of the col where you have to watch out for overflowing cows and other animals. Beautiful, fairly easy col and therefore highly recommended for everyone.

Images of the Col de l'Aspin 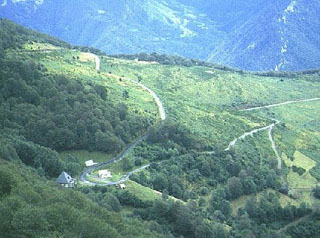 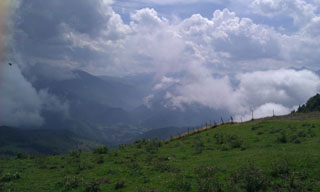 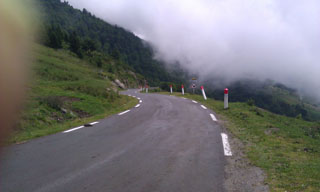 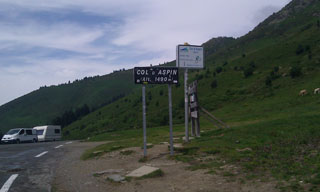 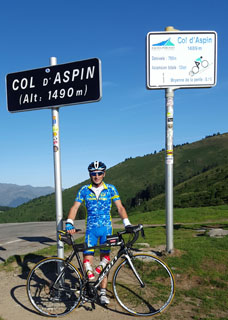 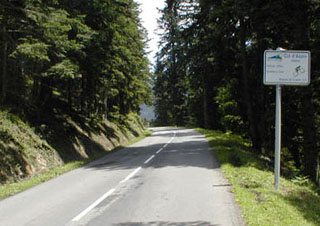 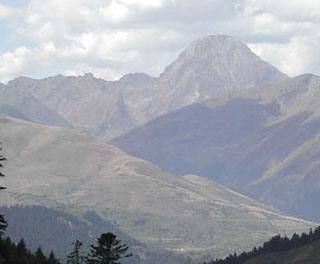 The Col de l'Aspin has been climbed by 54 climbbybikers. It is ranked No. 134 as the most climbed climb in the world.
Discover all the most difficult climbs in France and the most popular climbs in France.

I ride this climb a couple of times a year and nearly always ride part of the way up with a rider from another country, because the place is such a magnet for riders from around the world. It gives a mixture of conditions, from wide open bends and exposed fields with spectacular views to peaceful shaded woodland. The col is always busy with friendly tourists happy to take your photo by the sign and the descent over towards the Tourmalet is stunning mature evergreen woodland. Not too long but with some steepish bits and a nice easy start. The roads are narrow, so it feels like the historic climb it is.

Did this climb the day the 2009 Tour de France went over prior to the Tourmalet climb and descent into Tarbes. Beautiful day and really good vibe from the fans gathering along the road. The climb is steady and offers great views as you go up. Not easy but one where you can challenge yourself by how fast you climb. Seracollin is a nice town to leave from to get there. Seeing the Tour there was fantastic and added a great deal to the experience except descending was limited to riding the brakes the whole way down. Seeing yourself later on TV as the leaders went by, priceless. 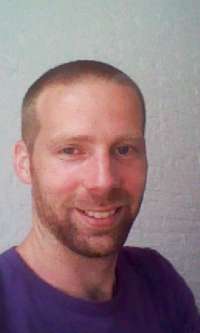 Ive done the Aspin in 2003. Great mountain. It starts easy-going and its ideal to train your climb experience. Not too hard, not too easy.

Do you have pictures of the Col de l'Aspin ? Send them here!

Weather on top of the Col de l'Aspin

Did you already climb the Col de l'Aspin ? 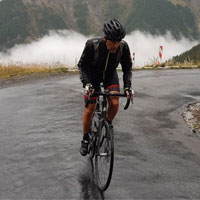