The col that isn't really one, except for the last few miles. During the first 12 kilometers after Audressein, to be reached on the D618 from St. Girons, you barely win 150 meters altitude.

Actually the col only starts in Saint-Lary and is only 6 kilometers long. On top of that, the first 4 kilometers after Saint-Lary are anything but steep. Only after you've passed Portet d'Aspet the gradient becomes like you'd expect from a Pyrenean col.

Four hairpin turns will take you quickly to the top of this pseudo-col, who will be catapulted into the second category in the Tour. You'll be at barely more than 1000 meters altitude and on top of the col there's little or nothing to see between the woods. Often you're sitting here in the fog and you don't have the feeling of standing on top of a col.

However, pay attention during the short descent. The road reaches percentages of up to 17% (indicated by signs). It is on this road that Fabio Casartelli died during the Tour of 1995. So don't drive too fast and stop at the monument that was erected in his honour.

Other sides of this climb:
Col de Portet dAspet via Aspet 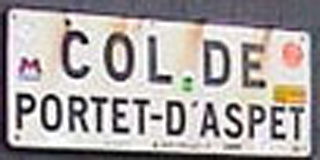 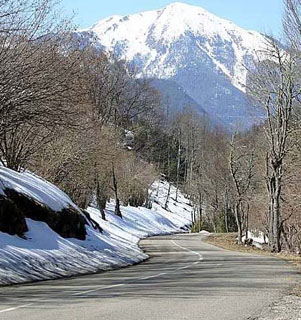 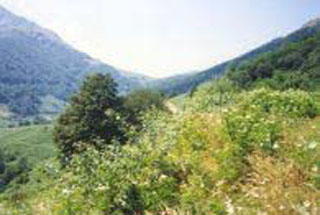 Real climb starts with 4.5km to go. It''s worth stopping at the Casartelli monument just after the climb starts to ramp up. The climb is mostly shady with a cafe and parking at the top.

Do you have pictures of the Col de Portet d'Aspet ? Send them here!