The hardest part of this climb is to find the start of it when you come from Tarascon. You should head to the west over the river and the railway station on the N20, a big road. Follow left to the big roundabout and cross it. This is where the climb gradually starts.

The road remains pretty big at the beginning and the climb never gets hard. At the contrary, there are some flat and even a descending part near Bédeilhac before you reach Saurat. You climbed 200 meters over 7 km.

Time to start real climbing as you are about to hit the steepest parts of the Portillon. And also, the most interesting part, although the forest does not give you a lot of views until the last kilometers before the top. Once you have finished the steepest kilometer at about 10%, the Col de Port again offers some friendly percentages and you can enjoy the last part of the climb. The open top very much resembles the top of the more famous Col d''Aspin, much further west.

Other sides of this climb:
Col de Port via Massat

Images of the Col de Port 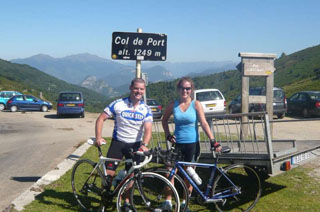 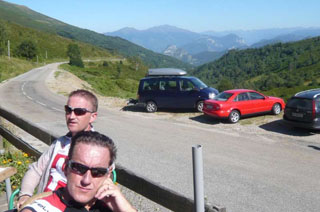 A long but easy climb with no really steep parts. Hardest thing about the climb is getting to the start as you have a couple of rises then descents out of before the climb proper starts. Restaurant and bar at the top + good views if the weather is fine.

Do you have pictures of the Col de Port ? Send them here!