The Berendries is located on the northeast side of the Flemish Ardennes, close to Zottegem. Despite its slightly remote location, the climb is popular among local cycling tourists, especially for those who don't like cobblestones. The Berendries has only one side and runs from Michelbeke to Sint-Maria-Oudenhove. Unfortunately, this road is also a commonly used shortcut between the two villages. That's why the traffic is much busier there than on most other climbs in the Flemish Ardennes.

The Berendries was first included in the Tour of Flanders in 1984 and has been climbed more than 30 times since then. The climb consists of asphalt from start to finish and has a maximum gradient of 14%. After the hump of 14%, the climb continues to rise steadily and has a fairly long spur, up to close to the Kasteeldreef, where the Berendries finishes.

At the start of the climb a Strava starting point is marked on the road.

Images of the Berendries 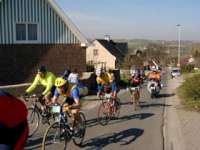 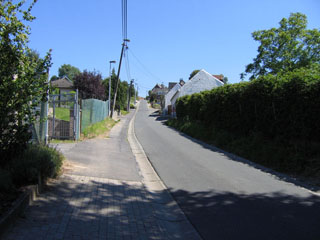 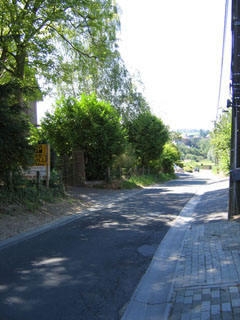 I did the Tour of Flanders Cyclo Sportive in 2008 and stayed at a Bed and Breakfast right at the base of the Berendries, so this hill has special memories for me. A short steep hill, it is at least paved, which makes it a bit easier than the cobbled climbs, such as the Molenberg, which is about 10k away. Its a good 5-10 minute effort.

Do you have pictures of the Berendries ? Send them here!