The Alto de El Angliru (alternative name "La Gamonal") is a steep mountain road in the Asturias, close to La Vega-Riosa, in the north of Spain. It is perhaps one of the most demanding climbs in professional racing, and was climbed for the first time in the Vuelta in 1999. The climb has a length of 12.55 kilometers, and therefore an average gradient of 9.9%. Over the last half of the climb, from six kilometers from the summit, the average gradient is 13.1%. The steepest part, with a piece of 23.6%, is known as Cueña les Cabres and is situated about 3 kilometers from the top. After that, there are two more parts of 18 to 21%.

Images of the Angliru - Gamonal 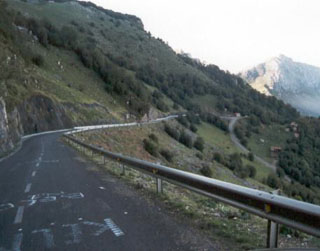 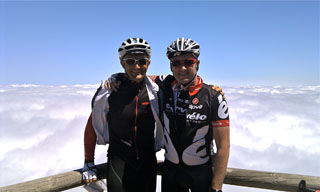 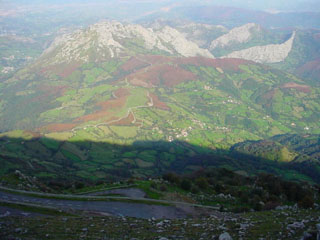 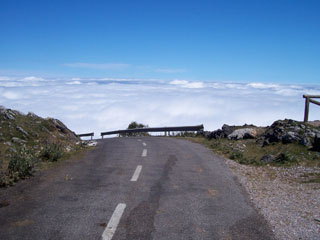 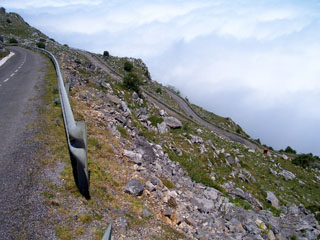 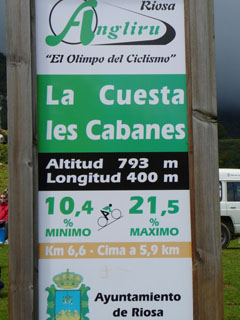 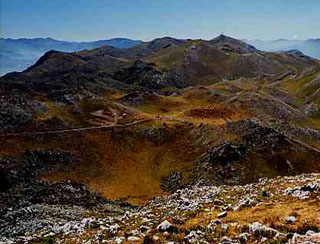 Having climbed several of the big TdF climbs in France I assumed this would similar, albeit somewhat steeper.

It is far harder and I agree with a previous comment about ''darkest day on a bike''.

On the way back down the descent is so steep the hydraulic oil in the disc brakes overheated forcing me to stop and wait several times till I got brake power back!

Glad I did it but wouldn''t care to repeat.

After seeing the velta struggling up the Angliru in 2013 I decided to head out and have a go in July 2014 as my father in law stays in Oviedo anyway and is a great excuse for a "family" holiday. Imeadatlly after collecting my hire bike from the local shop I headed straight for the climb. Riding through wonderful gorges and typical stunning mountian scenery and with light curtious traffic with very few tourist tourist traffic all putting you into a false scence of security. After a gentle climb to la Vega where the Angliru starts,the gradient is not to bad for the first 5k only ramping to about 10% or so. Then it is followed by a flattish section for a k or so but then you look up and see truly what lies ahead. A good contrast would be if you have ever seen The Lord of the rings and when Frodo and Sam see the firey hell of mordor mountian close for the first time would not be too far off. From there the climb ramps up to 21% and doesn''t let up for a K or so. It does back of the gradient but only to 12% min and this does not last long. The gradient only ramps up from here on with little mercy. My computer regersted 21% a number of times before the mighty 23.5 % part. Then all is calm after a few more hairpins with a fantastic view.

Steve Panter, Jon Burt and I climbed this beast of a mountain on Monday 10th June 2013. We descended 10km into Pola De Lena then rode to Riosa (6km climb and 6km descent) and then tackled the Angliru. The first 6km was okay at around 10% gradient, you then have a short flat/downhill section and then your world implodes. The first real ramp just after 6km is around 23% and goes on for ever. For anyone who knows Pentewan hill in Cornwall, this is like 3 or 4 of those back to back. If you get up this you might think the worst is behind you, fear not, hell awaits.... The ramps rarely go below 14% and they ramp up to at least 20% in places. The final 2km are up around 20%. This was by far the darkest day on a bike I have ever known - If you want to feel true pain then this is the climb for you, once was enough. But we can say we have ridden the Angliru... 4D Team CS.

Do you have pictures of the Angliru - Gamonal ? Send them here!

Did you already climb the Angliru - Gamonal ?

Do you want to climb the Angliru - Gamonal ?

Prepare yourself to climb the Angliru - Gamonal successfully.