The Peyresourde is one of the big Pyrenean col of the Tour. This is mainly due to its location near Bagnères-de-Luchon, often start or finish place in the Tour.

From there, the Col de Peyresourde will take you the quickest way west towards Col de l'Aspin and Tourmalet. From the north of Bagnères-de-Luchon take the D618 towards Loudenvielle. The Col starts here immediately and you'll feel that quickly.

Almost immediately you get 8%, something you don't immediately notice because of the big road you're on. The busy road remains quite steep up to Cazeaux-de-Laboust. There follows a flat section to catch your breath before starting the second, more interesting part of the climb. After Cazeaux-de-Laboust you can take a detour along Cathervielle and Portet de Luchon as shown on the attached profile, but the official route follows the D618.

After a few kilometers you will see on the right the characteristic "Z" against the mountainside to the top of the Peyresourde. It seems steeper than it is, about 8% on average. At the top you can go to the café for drinks and pancakes. If you like you can drive a little further on the right to the Peyragudes.

Images of the Col de Peyresourde 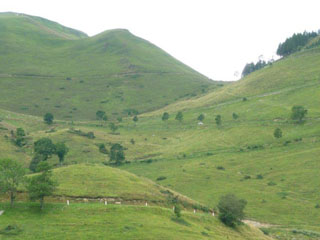 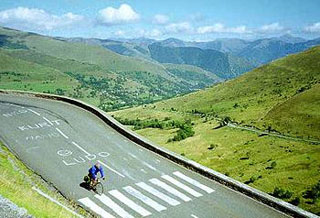 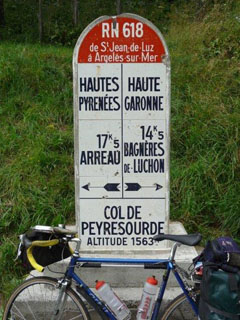 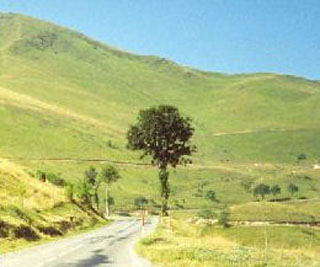 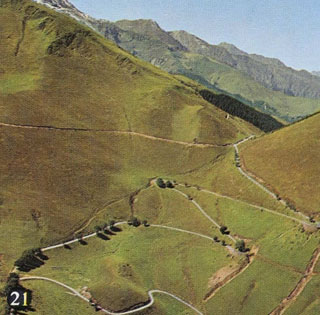 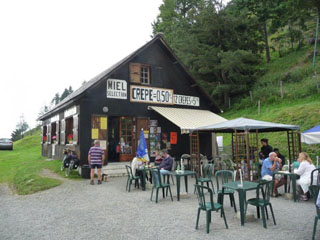 Ive climbed the Peyresourde both sides and ive found more difficult the way from Luchon than coming from Arreau.The starting just after Luchon is the hardest and when you reach the intersection to the Peyragudes no problem till the end.Just to ad that there is an alternative on this side by the ancient road by ""Portet de Luchon""

I climbed Peyresourde on both sides , but to my opinion the Luchon side is more interesting. The climbing is very nice with no very hard percentage, its regular. Very nice outlooks over the mountain around. It is possible to go back to Luchon by the road on the left when you go downhill that drives you in the villages

Did the Peyresourde this am. after a week in the alps it was a letdown. The highlight was the Cafe on top. Traffic was moderate, road was a bit rough on the decent.

Loved it! Being a heavier rider (180 lbs - although in shape) it was not punishing like Tourmoulet. I enjoyed the views. Stunning. This climb was awesome. The one of the best of my 10 or so Cols on my trip. I enjoyed sprinting to the ""finish"" line left by the TdF riders a few weeks earlier.

The Peyresourde from Bagneres dLuchon is a cracker, steady rather than a brute. However it is deceptively long so take it easy at the bottom. Try the alternative descent down the rougher narrower road....a good test of your descending skills 17/5/08

Do you have pictures of the Col de Peyresourde ? Send them here!

Did you already climb the Col de Peyresourde ?