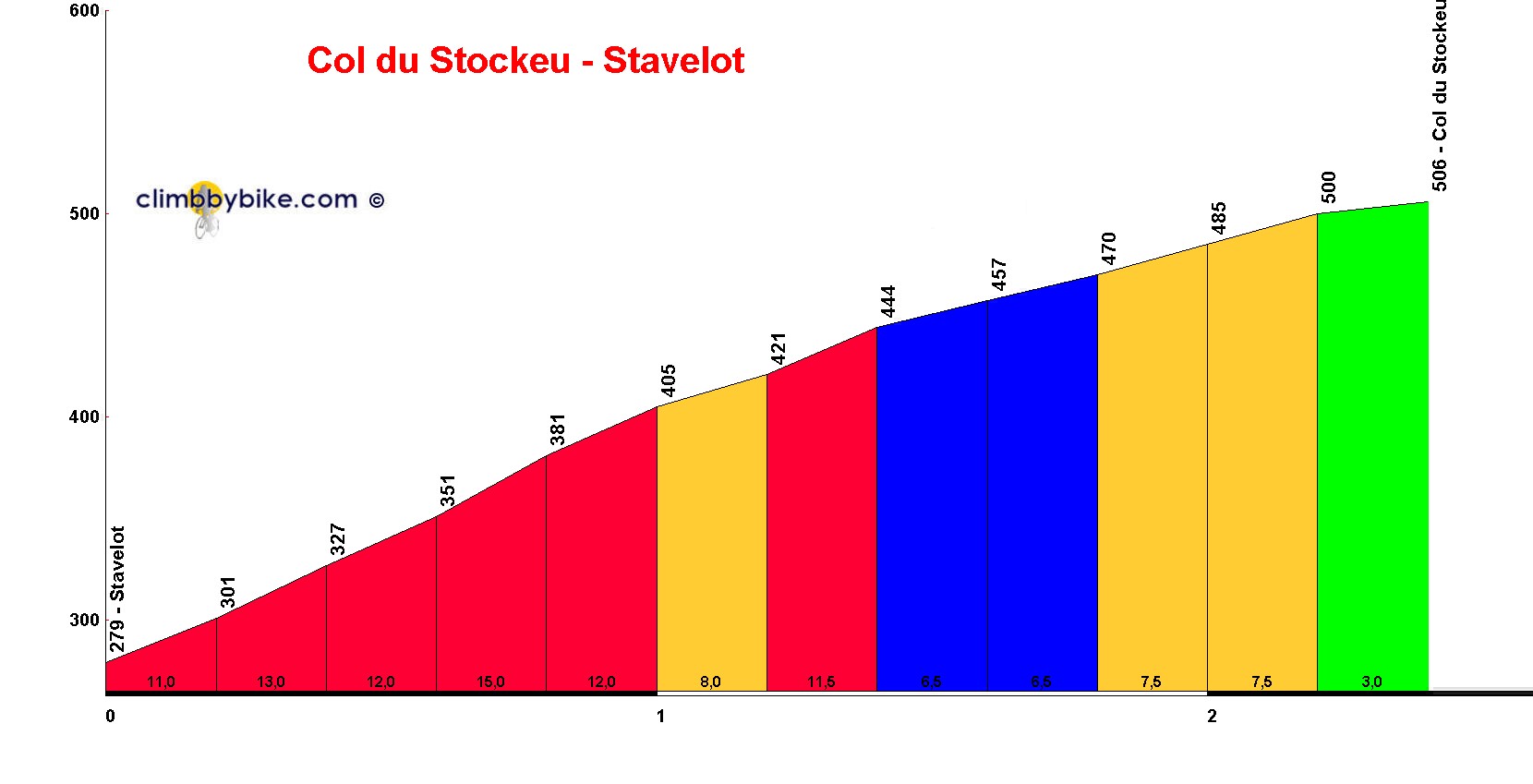 One of the more difficult cols in Belgium and a classic from Liège-Bastogne-Liège and a must for anyone who is in the neighborhood and cycling out. Alone, you also have to get to the top of the mountain of course. And that's not so obvious, because the Stockeu is quite a difficult climb.

From the start in the slums of Stavelot near the bridge, it immediately rises steeply to +15%. The first kilometre is 12% on average. In principle, the Stockeu runs up to the Route de Somagne. There is also a statue in honour of Eddy Merckx. The steepest part is then behind us, but even after that it continues to rise quite a bit. That is why this part is normally counted as part of the Stockeu.

Most of the cycling tourists also come here to take the Côte de Wanneran attack with them. Nearby you can do many famous climbs from L-B-L such as the Côte de Wanne, the other side of the hill. Via the Aisomont you'll reach Trois-Ponts from where you can continue to the Waterfalls of Coo to cycle up the Rosier via a beautiful valley. Tasty enough to climb in this area and therefore an ideal uival base for a cycling trip in the Ardennes.

Images of the Col du Stockeu 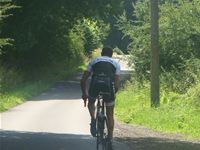 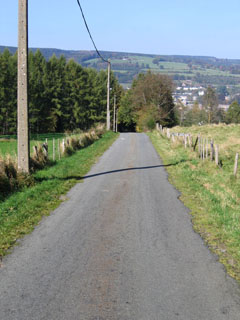 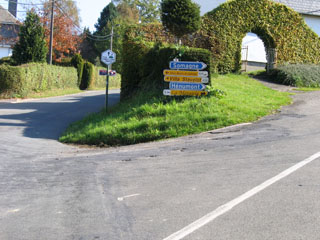 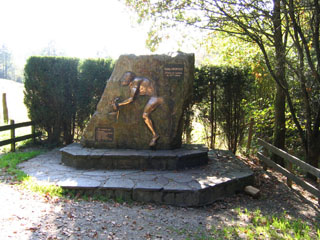 Is did this during Liege Bastogne Liege. I jhust started a banana when we hit the start. Very steep and stays that way for quit some time. When riding through the village the steepness goes down but doesnt really drop. All and all a nice climb with a tough start.

I finally got back to this part of the world back in April of 2008. The L-B-L had taken place a couple days before my ride. A few years before I had taken a look at Stockeu but never tried it. After a good 3-4 hour ride I found myself at the base and decided its now or never. I did pretty well until somewhere a little past halfway. Two young kids rolled right past me and I was pretty much done at that point. I got off and pushed the bike for 50_75 meters and then finished in the saddle. I killer climb that has my respect. I will return here next April during the L-B-L and try this monster again. Training is already underway. 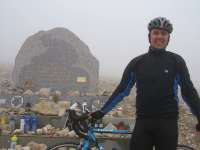 I climbed this animal in 2007, the day after the Liege-Bastogne-Liege classic. Im still getting my cycling legs, so Im not too experienced with climbing. The following day, my father-in-law, 60, and I made our way to Stavelot and gave it a shot. He pressed on up the climb like a gazelle, and I labored on behind. The foot of the climb is a killer. About half way up, I felt like my lungs were bursting and I was pulling too hard on my handlebars. At one point, my front wheel leapt up and I had to release my right cleat and (oh the shame) put a foot down... Getting back on, I passed Mercx and was just too embarassed to look his way. We continued for a couple of hours (including a fun jaunt up the Cote du Wannes) and then headed back to Stavelot. At the junction I slowed and turned right, circling and staring up at the animal that I had not yet defeated. I could not return home without giving it another go. So, I went for it. Gritted my teeth and attacked. Half-way to Mercx I again made the same mistake of pulling back too hard - but this time I jumped up and attacked. It was REALLY hard but with Mercx in sight - and my father-in-law shouting from the left - I made it.

The stockeu is in the middle of the Gran Fondo Eddy Merckx (165 KM version). Is is a tuff one but in this cyclo, you have around 17 or 18 climbs (total 3100 m heigh meters) and at the end you are happy to get off the bike ! http://www.bikeorganisations.be/

The Great
Amsterdam, The Netherlands

I highly recommend this area of the Ardennes. We stayed in Stavelot, very nice village at what appeared to be the artery for several rides. In fact, I believe the 2006 Tour De France is going through this village this year. Anyway, we enjoyed the riding immensely. We are originally from Denver, Colorado and are used to mountain climbing. That being said, the Cols in this area (particulary Stockeu) are at a very high grade that makes climbing difficult. Although each climb is short, they are still a nice challenge and a great change from the flat doldrums of the Netherlands. From Stavelot, you can ride to Wanne, and it looks through several villages that makes riding fun. We rode for about 3 hrs, of which 2.5 was certainly climbing. We did not have a map which at first we were a bit nervous. However, we read enough before hand and the villages are very well marked like any other Europe town. We could find our way around pretty easily without maps, and quickly lost any apprehension of getting lost. Its virtually impossible. Anyway, have fun and enjoying the climbing.

In my experience it was like hell! Really difficult not to fall of your bike... glad I had this experience. Sure one to try if your able to! Exactly like the previous writer said, when you think the end is near...

This is a real classic in Liege-Bastogne-Liege and so hard to do ! You are on a downhill from the cote de Wanne, at speeds of around 50-60km/u easily, you turn right and find yourself in front of a wall. And when you think the end is near, a turn to left and right will make you sweat even more. Good luck !

Do you have pictures of the Col du Stockeu ? Send them here!

Did you already climb the Col du Stockeu ?