Best climber of all time

Best climber of all time 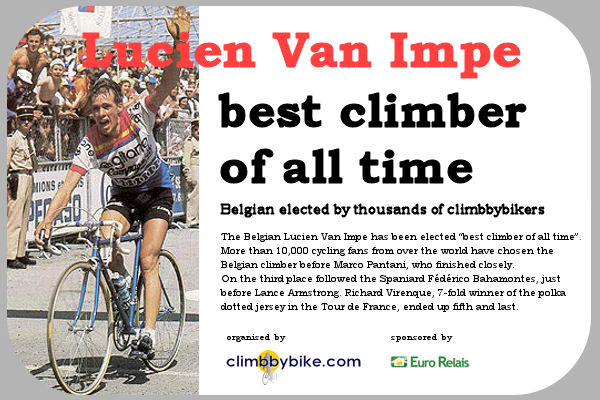 Marco Pantani, Italian, winner of the Tour de France and the Giro in 1998, both with two stage wins (on the Galibier and Les Deux Alpes). Only participating five times to the Tour, he never won the polka dotted jersey. In 1997, elephantino won two stages in the Tour with arrivals on the Col de Joux Plane and on Alpe d'Huez in a record time of 37'35". In 2000, he won the stage to the Mont Ventoux, before Lance Armstrong. Marco Pantani died on February 14 2004. 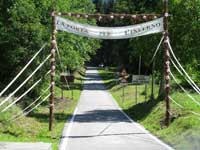